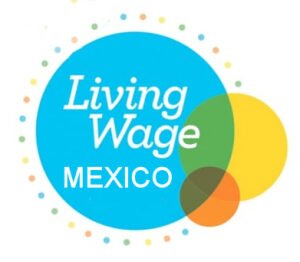 Numerous US companies like Walmart have made major investments here in Mexico and reaped huge rewards. Last year Walmart made 1.7 BILLION dollars with their 132 stores here in Mexico. They are planning to invest an additional 3.7 billion dollars here. Just like what happened with Amazon in the US the issue is how poorly Walmart pays its employees here. On average a worker at Walmart makes a paltry 140 pesos (about seven dollars US) for an eight-hour shift. And they are required to work six days a week. No benefits of any kind. No health insurance. No retirement plan. Nothing.

Recently the union threatened a nation-wide strike. They wanted a twenty percent increase in wages and a five percent increase in bonuses. They settled after Walmart offered a 5.5% increase. Seriously? How much is that for their twenty-four hundred workers? How does anyone support a family on that? What if they get sick? How do they plan for retirement? Walmart is opening a hundred more stores here in Mexico, all no doubt paying their workers equally poorly.

It’s time for a movement similar to what forced the richest man in the world, Jeff Bezos, the CEO of Amazon, to pay a minimum starting wage of fifteen dollars an hour. That will never happen here in Mexico, but a start would be 1,000 pesos (about fifty-three dollars US) for an eight-hour shift. Add a five-day work week so they can spend time with their families, health care benefits (as the new President has stated recently), retirement plans and an equitable profit sharing bonus at year-end, based on performance.

There’s currently a lot of talk in America about a living wage, most often stated as a minimum of fifteen dollars an hour. According to recent statistics forty percent of Americans, about two hundred million people, make less than twenty thousand dollars a year. It’s a lot worse here in Mexico. Time for change.

A start is to mount an advertising campaign to increase public awareness and push for a living wage for Walmart workers. Given statements by the new President, it is likely the campaign will get government support because he believes in supporting workers. He has promised a new universal health care plan so having all the Walmart workers covered would be welcome. Support from Walmart workers’ union is unknown until they see the campaign. Hopefully they will support us.