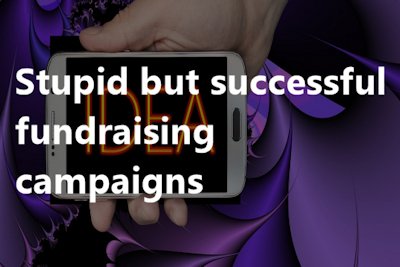 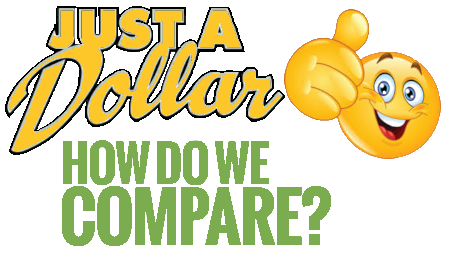 Quite obviously we think our fundraising goals only make sense because the projects we want to fund have considerable merit. That and the fact that we are only asking for a single dollar from anyone. Mexico is a wonderful country, but it is also one of the poorest. We believe that our projects could truly make a difference. Please just compare our causes to those shown below and we know that you will make the right decision. 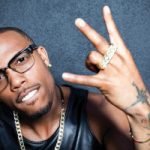 Spend money to prove the Earth is flat

It turns out that the rapper B.o. B is part of that entertaining crew that thinks the Earth is flat. In fact, he is so sure that the government is lying to us about the true shape of our planet that he is challenging people to prove him wrong. How you may ask? By raising $1 million ($A1.32m) to send multiple satellites into space in order to “show B.o. B the curve”. B.o. B is so certain that his expedition will prove him right that he kicked off the campaign by personally donating $1,000 to the cause. Since starting the campaign in September 2017 he has raised $6,899, which is still nowhere near his goal but it’s depressing to think anyone would actually donate to that. 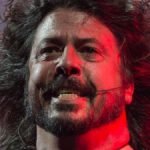 Dave Grohl’s self-confessed “biggest fan” decided to that if he could get a bit of money together he could hang out with his idol every day. o Frank Pain asked the internet to send him some money so he could purchase Grohl. Yep you read that right. He wanted $35,000 U46,300) so he could buy the dude from Foo Fighters and Nirvana. “I’m his biggest fan and figured I can round up enough scratch to purchase him so we can hang out and high five and s**t. Heck, I may give him a bro-hug or two as well,” he wrote. But fear not, Frank is a realistic guy and he has a backup plan if it turns out buying a human is more difficult than expected. “If it is indeed illegal to purchase another human (or if Mr. Grohl isn’t a willing seller) then I’ll spend the money on beer because Dave seems like the kind of person that would want me to drink beer.” It seems that there are a bunch of people that like the way Frank thinks because he has raised $1,854. 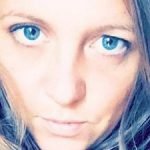 Pay for my kids trip to Disney World

A mum who was lashed by critics for making a crowd-funding appeal to send her children on a trip to Disney World hit back at people who called her out. Nikki Smith set up a crowd-funding page, asking for £5,000 ($A8,000) to be able to get her daughters to the theme park, but was slammed online for using the site to raise the money. She ended up taking the page down but later relaunched it, saying “I never meant to upset anyone”. “I am not a bad person,” she wrote on the new campaign. “I also am not asking people for their hard earned money, people have a choice.” She upped the goal for the new campaign to £10,000 and has raised a hefty $9,330. Even if you don’t agree with asking for handouts for a family holiday, you have to admire her determination. 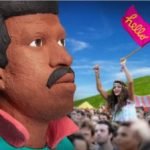 Taking the iconic video for Lionel Richie’s Hello to the next level, Barcelona-based art collective Hungry Castle launched a campaign to build a super-sized version of the Motown legend’s head in 2013. Over $8000 was donated to the project, with two Australian backers even spending the night in the giant inflatable structure following its unveiling at Bestival. 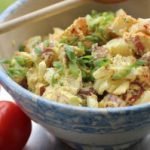 What started as a joke between friends became a worldwide phenomenon just days later when Zack Brown’s offer of a simple potato salad attracted donations of over $55,000. But instead of personally benefitting from this half-baked idea, Zack used the money to fund Potatostock, a festival in his native Ohio whose proceeds went to a charity fighting hunger and homelessness. 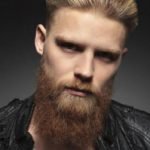 Struggling to grow enough facial hair to fit in with the hipster crowd? Then let this woolly, and presumably very itchy, strap-on five o’clock shadow give your face a hug instead. It was produced by Tessa Rushton at a goal of $3000. He raised $3,119.

Welcome to WordPress. This is your first post. Edit or delete it, then start writing!